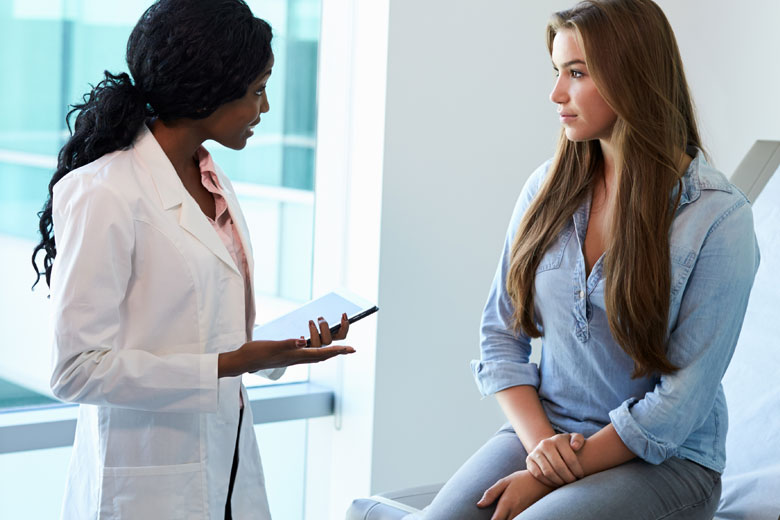 Below are recommendations and information that can help you talk to patients in a sensitive, open, and non-judgmental manner.

Avoid asking questions in a way that implies there is a right or wrong answer, such as: “You always use condoms, right?” or “You don’t have partners outside your marriage, do you?” Be specific about how behaviors can affect health. A better way to ask these two questions would be:

Avoid using judgmental terms like “wrong,” “bad,” “promiscuous,” or “sleep around” to describe behaviors. Even if you personally disagree with the behaviors of your patients, it is important to not let your beliefs interfere with providing the best care.
Check your body language and facial expressions—you may be sending unintended negative messages.
Be aware that there are a wide range of sexual behaviors, activities, and expressions. You might be surprised by some of your patients’ behaviors, but try to remain open and neutral.

Avoid making assumptions based on appearance, age, relationship status, sexual orientation, gender and gender identity, and any other personal factors—our assumptions are often wrong. For example, contrary to typical assumptions:

How a person identifies their sexuality (e.g., “I am gay, bisexual, lesbian, straight, queer”) does not always tell you who they have sex with or who they are attracted to. For example:

Listen to the words your patients use to talk about themselves and their partners, and try to use the same words (if you feel comfortable using them). If you don’t understand something they have said, ask them to explain. If you do not yet know the gender of your patient’s partners, use words that are gender neutral. For example, instead of “Do you have a husband or boyfriend?” ask “Do you have a partner or spouse?” If you slip up, apologize and ask the patient what words they prefer

There are a number of resources available to arm you with the information necessary to converse openly with your patients about sex. Please see below for a list of tools that address the needs of a number of different populations.